The Importance of Roof Repair Near You in Nassau, NY

When you’re in need of a roofer, trying to find a reputable company can seem like a daunting task. Instead of dealing with the hassle of sorting through the dozens of results you’ll find when you search the internet for “roofing contractors near me”, get in touch with Nassau County’s go-to roof service: ETN America Inc.. We’re a full-service, fully licensed and insured roofing company that has been protecting the homes and business of Nassau County for years with premium-quality roof repair services. Our professionally trained technicians combine the highest quality materials and proven techniques and strategies to deliver exceptional results. If you’re looking for roofers near you that you can count on to deliver the most reliable roof repair and replacement services, look no further than ETN America Inc.!

5 Reasons Why Roof Repair Near You is So Important

Of all the components of your Nassau, NY home, the roof is one of the most important. It stands between the interior of your house and the elements, providing you with the protection you need from wind, rain, harsh UV rays, and extreme temperatures. It also impacts your utility bills. With constant exposure to the elements, however, your roof can become damaged; shingles can be torn off, leaks can develop, or it could even start to sag. Whatever the case may be if your roof is showing signs of damage, getting in touch with a reputable Nassau County company that specializes in roof repair near you as soon as possible is an absolute must.

Here’s a look at five reasons why roof repair is so important.

As soon as you spot signs of trouble with your roof, having it repaired right away can help to stave off more serious problems. For example, if it springs a leak, calling in a Nassau, NY roofing company to repair it right away will help to prevent bigger and costlier problems, such as structural damage to your Nassau County home, as well as mold growth. By addressing smaller problems as soon as they occur, you can prevent more serious issues down the road.

There are several components that impact the energy efficiency of your Nassau, NY home, and the roof is one of them. If it’s improperly installed or the materials are starting to degrade, your energy bills will start to go up. The roof helps to lock in conditioned indoor air and block out hot and cold outdoor air. When it’s damaged or the components aren’t functioning properly, hot and cold air can seep out and pour in, and when that happens, your heating and cooling system will need to work harder to maintain the comfort of your house, which translates to higher utility bills. To avoid paying unnecessarily higher prices to heat and cool your home, call in a Nassau County company that specializes in roof repair near you at the first sign of trouble. 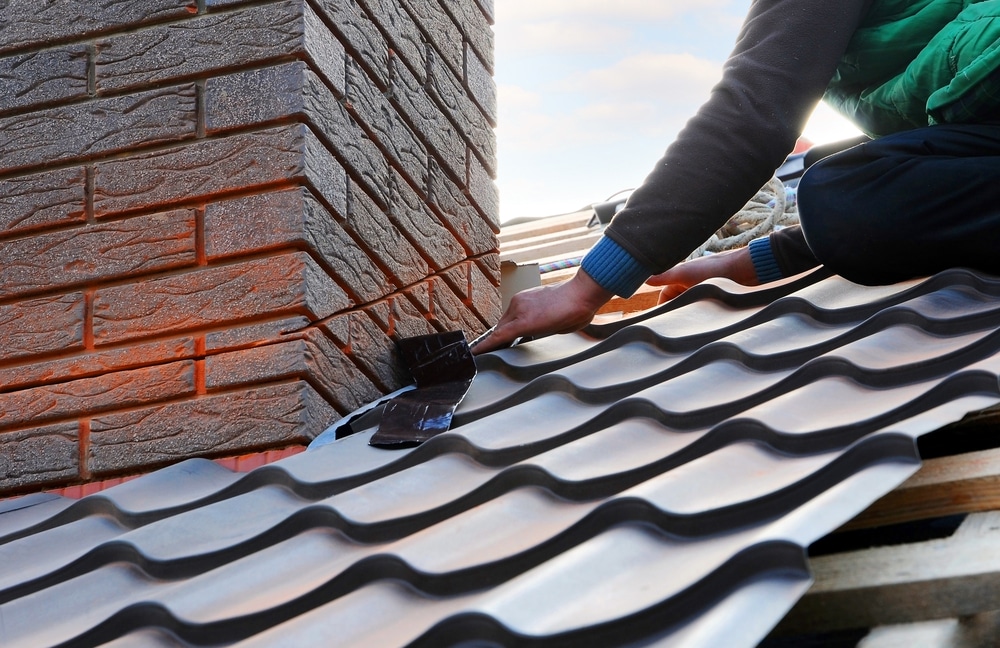 When you think about curb appeal, landscaping, siding, and your front door are probably some of the first things that come to mind. While all of these elements do play a part in curb appeal, there’s another element that impacts the look of the exterior of your Nassau, NY home: your roof. If it’s faded, stained, sagging, or shingles are missing, there’s no doubt that your house is going to look rundown. Nassau County roofing companies near you can not only repair any issues that you may be having with your roof, but they can also enhance the aesthetic appeal of your home’s exterior.

Given the important role a roof plays on the safety, curb appeal, and energy efficiency of your home, it also has an impact on the value of your property. Even minor damages can bring down the value of your Nassau, NY home. By having it repaired at the first sign of a problem will not only maintain your property value but will boost its value, too.

Damage to any part of your home can be stressful, but damage to your roof is especially troubling. Imagine the stress you’ll feel if your roof is leaking and every time it rains you not only have to worry about future leaks, but you also have to worry about other problems that may arise, such as structural damage, mold growth, and even damage to the interior elements of your Nassau, NY home, such as your furnishings and floors. By calling in a highly rated Nassau County company that offers roof repair near you at the first sight of trouble, you’ll have peace of mind knowing that your house will be protected from future problems and that you and your family will be well protected.

Looking for Reputable Roof Repair Near You in Nassau County?

Whether you know your roof is in need of repair or you just want to have it inspected for possible problems you may not even know are there, if you’re looking for a reliable roofing company in Nassau County, call ETN America Inc.. When our team is on the job, you can have confidence knowing that any issues with your roof will be detected and corrected and that you and your family will be protected. For further information about our roof repair services, call 631-900-1889 today!

Some information about Nassau, NY

Nassau County is a county in the U.S. state of New York. At the 2020 U.S. census, Nassau County’s population is 1,395,774 The county seat is Mineola and the largest town is Hempstead.

The area now designated Nassau County was originally the eastern 70% of Queens County, one of the original 12 counties formed in 1683, and was then contained within two towns: Hempstead and Oyster Bay. In 1784, the Town of North Hempstead, was formed through secession by the northern portions of the Town of Hempstead. Nassau County was formed in 1899 by the division of Queens County, after the western portion of Queens had become a borough of New York City in 1898, as the three easternmost towns seceded from the county.

When the first European settlers arrived, among the Native Americans to occupy the present area of Nassau County were the Marsapeque, Matinecoc, and Sacatogue. Dutch settlers in New Netherland predominated in the western portion of Long Island, while English settlers from Connecticut occupied the eastern portion. Until 1664, Long Island was split, roughly at the present border between Nassau and Suffolk counties, between the Dutch in the west and Connecticut claiming the east. The Dutch did grant an English settlement in Hempstead (now in western Nassau), but drove settlers from the present-day eastern Nassau hamlet of Oyster Bay as part of a boundary dispute. In 1664, all of Long Island became part of the English Province of New York within the Shire of York. Present-day Queens and Nassau were then just part of a larger North Riding. In 1683, the colonial territory of Yorkshire was dissolved, Suffolk County and Queens County were established, and the local seat of government was moved west from Hempstead to Jamaica (now in New York City).

By 1700, very little of Long Island had not been purchased from the native Indians by the English colonists, and townships controlled whatever land had not already been distributed. The courthouse in Jamaica was torn down by the British during the American Revolution to use the materials to build barracks.