The Most Common Types of Repairs a Reputable Oyster Bay, NY Roof Service Will Offer

When the residents and business owners of Nassau County are looking for “roofers near me”, there’s only one company they call:Long Island Best Roofers. We’re a full-service, fully licensed, and insured roofing company that specializes in all types of roof repair. Whether you’re having a minor issue or a serious problem, if you’re looking for a company that specializes in roof repair near you, you can count on us to meet all of your needs. Our team of professionally trained and highly experienced technicians can detect any type of problem and will use the highest quality materials and proven strategies to correct them. If you’re looking for the most reputable roof service in Oyster Bay, NY head to the best: Long Island Best Roofers!

The average life expectancy of a roof is about 20 years; however, due to constant exposure to harsh UV rays, wind, rain, snow, and even run-ins with tree limbs, a roof that’s still in the prime of its life may need repairs from time-to-time. There’s nothing more alarming than discovering that your roof needs to be repaired and not knowing who to call to correct the problem. By researching roofing companies near you before a problem occurs, you’ll have a go-to source in the event that trouble does strike.

When you’re researching roofing contractors near you, here’s a look at some key repairs that you’re going to want to make sure that they can make.

Like most homes in Oyster Bay, NY, your roof is probably shingled. While shingled roofs are exceptionally durable, cost-effective, versatile, and are available in an assortment of styles, they can sustain damage. Single pieces or entire sections can blow off in heavy winds or, with age and constant exposure to the elements, the granules that give shingles their UV-resistance and allow moisture to roll off of them can start to break down and fall off.

Whether the problem is minor or major, a reputable Nassau County roof service will specialize in shingle repairs. They’ll be able to perform a complete inspection of your roof to determine if there’s any underlying damage and will let you know if a spot repair will suffice or if a complete replacement is necessary.

Flashing is a vital part of a roof system, as it directs water away from walls, chimneys, dormers, and other locations where the roof joins together with a vertical plane. Just like shingles, however, flashing can sustain damage. It can also develop problems if it was improperly installed or if poor-quality materials were used. Because flashing is such a crucial element of your Oyster Bay, NY roofing system, make sure the roofing company you choose can repair it. Whether it’s sealing up gaps, fixing sections, or a total replacement, a reputable Nassau County roofer should specialize in flashing repairs.

Leaks can happen for a number of reasons; ice dams, wind-swept rains, improper installation, and poor-quality materials, or damage to the shingles or other components of the structure, for example. Whether you’ve noticed stains on your ceiling that appears to be related to a previous leak or you’ve spotted an active leak, you’re definitely going to want to call in a pro to address it ASAP. Leaks are a common roof repair and they need to be properly detected and corrected. Any reputable Nassau County roof service will offer comprehensive leak repair services. They’ll not only perform a thorough inspection of the affected area, but they’ll also check the rest of the roof to see if there are any other areas of concern. In some cases, a leak is the cause of a solitary problem, but other times, it can be an indication of a larger problem. No matter the cause or extent, a leak needs to be addressed as soon as possible, otherwise, you could be looking at more serious issues, such as structural problems and mold growth. 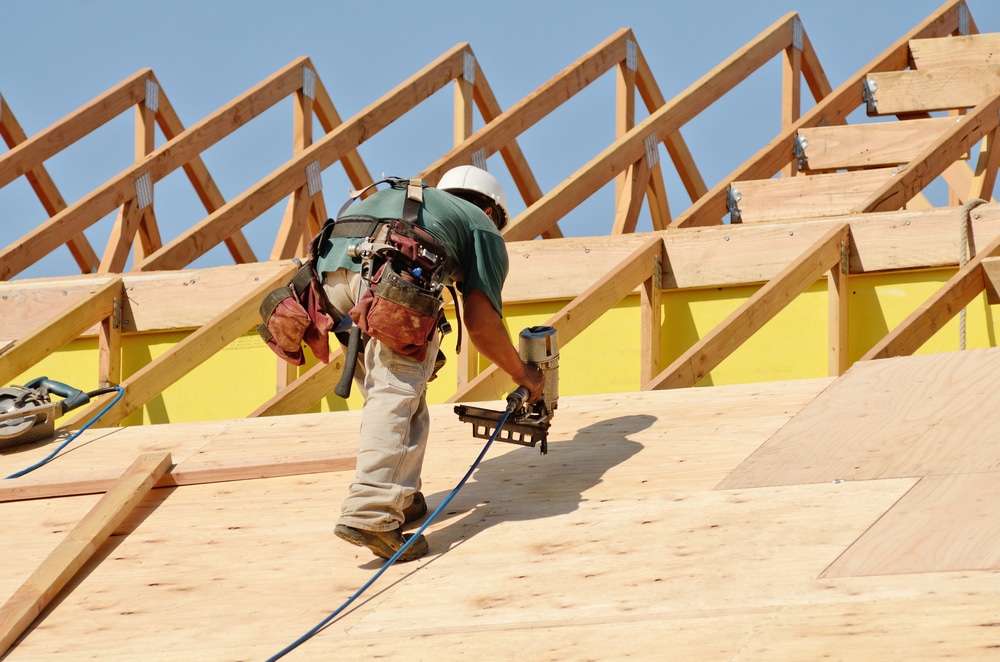 Gutters are more important than you probably realize. They collect rainwater and melting snow as it rolls off of your roof and directs it away from the foundation of your Oyster Bay, NY home. They collect more than water, though; leaves and twigs accumulate in them, too, which is why it’s important to clean them out a few times a year. If you don’t clean out your gutters as often as they need to be, however, they can start to break down; not to mention the fact that they can become damaged as a result of age or just exposure to the elements. Given how important they are, if your gutters aren’t functioning properly, they need to be fixed right away. Gutter repair is one of the key services that any reliable Nassau County roof service will offer.

Some information about Oyster Bay, NY

The Town of Oyster Bay is the easternmost of the three towns which make up Nassau County, New York, in the United States. Part of the New York metropolitan area, it is the only town in Nassau County to extend from the North Shore to the South Shore of Long Island. As of the 2010 census, it had a population of 293,214.

Succeeding cultures of indigenous peoples had lived in the area for thousands of years. At the time of European contact, the Lenape (Delaware) nation inhabited western Long Island. By 1600 the band inhabiting the local area was called the Matinecock after their location, but they were Lenape people.

Following European colonization, the area became part of the colony of New Netherland. In 1639, the Dutch West India Company made its first purchase of land on Long Island from the local Native Americans. The English also had colonies on Long Island at this time. The Dutch did not dispute English claims to what is now Suffolk County, but when settlers from New England arrived in (present-day) Oyster Bay in 1640, they were soon arrested as part of a boundary dispute. In 1643, Englishmen purchased land in the present-day town of Hempstead from the Indians that included land purchased by the Dutch in 1639. Nevertheless, in 1644, the Dutch director granted a patent for Hempstead to the English.

The Dutch also granted other English settlements in Flushing, Newtown, and Jamaica. In 1650, the Treaty of Hartford established a boundary between Dutch and English claims at ‘Oysterbay’, by which the Dutch meant present-day Cold Spring Harbor (to the east) and the English meant all of the water connected to present-day Oyster Bay Harbor. Meanwhile, the government of England came under the control of Oliver Cromwell as a republic, and smugglers took advantage of the unresolved border dispute. In 1653, English settlers made their first purchase of land in Oyster Bay from the local Matinecock tribe, though there were already some rogue English settlements there. For this purchase, the English settlers paid to the Native American Moheness (aka Assiapum), ‘six kettles, six fathoms of wampum, six hoes, six hatchets, three pairs of stockings, thirty awl-blades or muxes, twenty knives, three shirts and as much Peague as will amount to four pounds sterling.’ The monarchy was restored in England in 1660, and in 1664 King Charles gave Long Island (and much else) to his brother James, leading to the Dutch relinquishing control of all of New Amsterdam.